The villages of Queensbury and Shelf adopted HMS Vervain during warship week in March 1942.  The plaque awarded to commemorate the adoption was uncovered in Victoria Hall in 2019.  From an initial search into her records it was discovered that she had been sank with the loss of 60 lives.  As the adopted ship of the two villages, her crew are our adopted sons and this page has been created to remember their sacrifice. 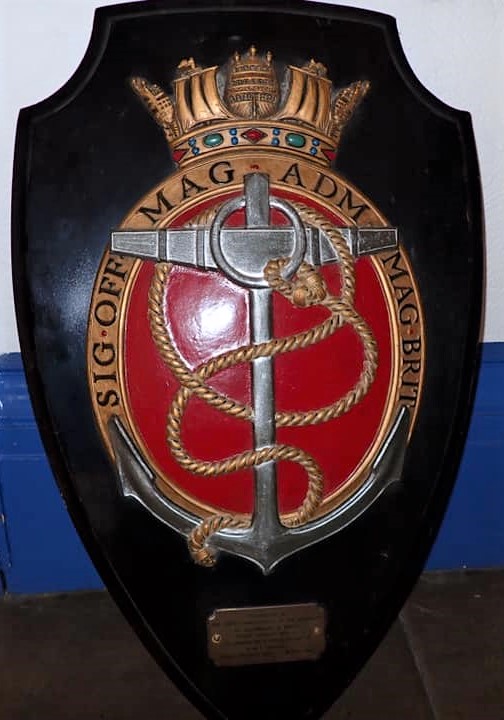 HMS Vervain was a corvette of the flower class. Built by Harland and Wolff in Belfast, she was launched on 12th March 1941 with a commissioning date of 9th June 1941.  The adoption of a corvette would have been a great achievement for Queensbury and Shelf.

She was largely used as an escort for convoys crossing the Atlantic.  Along with the defence of these convoys, she was also active in rescuing the crews of stricken ships.  One such incident, on 1st March 1943, saw her picking up 66 survivors from the American merchant ship Wade Hampton that was torpedoed and sank in the North Atlantic.

Sources:  Uboat.net, Wikipedia, CWGC. With thanks to Michael for his discovery of the plaque and his initial research.